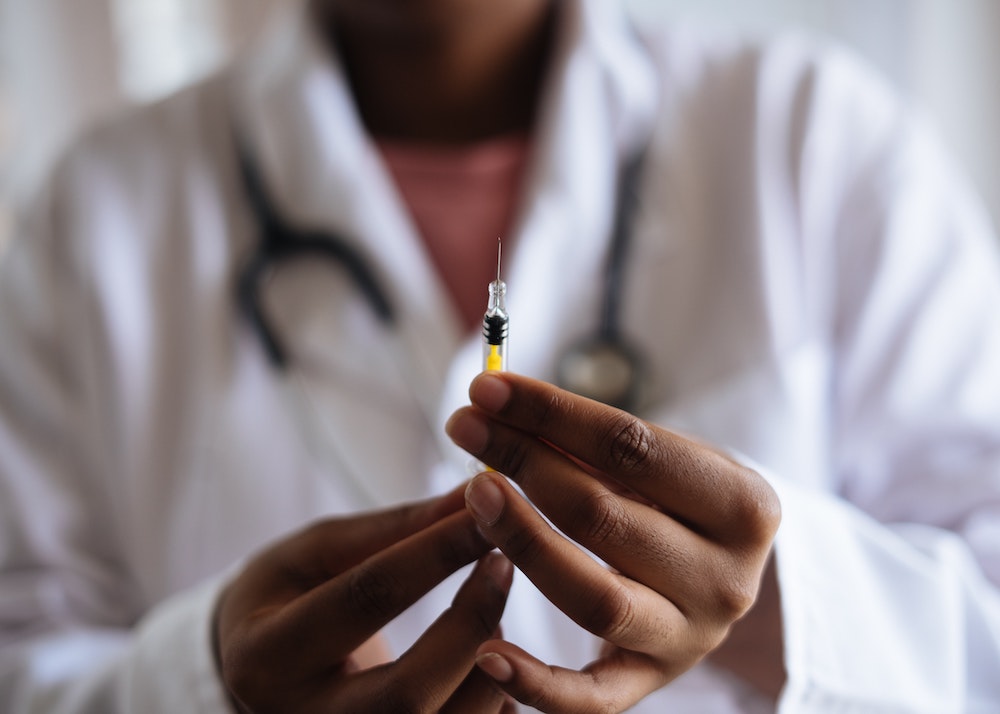 Note: This is a blog post about my personal experience of navigating testosterone treatment and experiencing substandard care from medical professionals. I’m not implying that this is common practice, and I appreciate and acknowledge everything that the NHS does with the ever-dwindling resources made available to it by the Tory government.

In March of 2018, I was finally able to swap from taking Testogel (a testosterone gel) to Nebido (a form of injectable testosterone).

The main reason for wanting to swap was ease. When I first started taking testosterone gel in 2014, covering my body in hormones every day was the most exciting thing that had ever happened. As with most things, the novelty eventually wore off, and I was keen to move over to having just one injection every three months.

At the time, I also thought injectable testosterone might be more effective than gel, but I’m fairly certain that this is untrue.

After waiting three years (a whole separate nightmare story) to have my very first appointment at Charing Cross Gender Identity Clinic (GIC) in 2017, I was finally able to start Nebido the following year.

Once I had the prescription for Nebido, my GP was set to take over my care from the GIC. The plan was that I would visit a nurse at the practice every three months for the injection. Self-administering Nebido is not generally considered easy to do due to how thick it is, so visiting a nurse is the usual course of action.

It was also the plan that on every third visit, the nurse would take a blood test.

Regular blood tests are a necessary and normal part of being on any kind of testosterone treatment. This allows the patient to keep track of their testosterone levels, as well as other essential things, such as red blood cell count, liver function, etc.

The First Year on Nebido

My first year on Nebido was great. It was such a relief not to have to keep track of the gel anymore. I love to travel and wander around, and it was difficult at times to always remember to have the right amount of testosterone with me wherever I was going.

Dropping into the surgery for a quick injection every three months was super easy. It also meant that I didn’t have to start every day thinking about my transition.

It was around this time that I started to get more into health and fitness, and I feel as though my energy levels and my mood were definitely heightened during this year.

As per the plan, every nine months I would have my blood taken when I went to get my Nebido injection. The same nurse always gave me my injection and took my blood, and I was confident that everything was being managed appropriately.

A couple of times during these years, I asked the nurse if I should be following up on these blood tests. She assured me that the surgery would contact me if there was a problem, but that I was welcome to call up and ask for the results if I wanted to.

Since I more or less always felt fit and healthy, and I absolutely hate making phone calls, I had no reason to go out of my way to call for my results. Instead, I naturally trusted that I would be contacted if there was ever an issue.

The Start of the Problem

Side note: For those who don’t know, 56T is a great sexual health service that’s been set up for trans & non-binary people. Nobody says anything weird about your junk, you’re treated with dignity and respect, and the people in charge of your sexual health actually know what they’re talking about.

As is the case with most people who are assigned female at birth (AFAB), once I swapped my NHS gender marker over to male—during those years that I thought that I was—I was no longer invited by the NHS for regular smear tests. Getting registered at Dean Street was a simple way around this. It would help me to stay on top of my own health, since the NHS can’t figure this out for trans people yet.

During my smear appointment, the nurse who did my test asked me if my hormone levels were being kept track of. I replied that my GP clinic was doing blood tests every nine months, but that I’d never actually been informed of any of the results.

The nurse suggested that it might be a good idea just to check in with them, and also that this is something they could keep track of in their clinic if I wanted. I assured her that it was all likely fine but that I would follow up with my GP anyway, just to be sure.

Speaking to my Nurse

Shortly after my smear test, I was due another Nebido shot. While I was there, I asked my nurse if I could get a copy of my most recent blood results, just to know that all was okay. She again assured me that I would have been contacted if there was a problem, but agreed to print my latest results out for me anyway.

She looked at the results on the screen, printed them out, and then gave me my Nebido injection as usual.

When I left the clinic, I looked at my results and saw that my testosterone had been much higher than the reference range at my last blood test, which was now two shots ago. These tests are always done immediately before the injection, meaning that it’s at the very end of the 12-week cycle, so I was concerned that my T was still high at this point.

I was also naturally concerned that nobody had picked up on this.

I was confused as to why I would have been given my injection as normal (both this time and the time before) since my testosterone levels were clearly too high. So to get more information I called the surgery and requested a copy of my results from the last three years.

I was told that I’d have to email in for them, since it was such a long time frame, so I immediately did so after the phone call. A week later, I still hadn’t heard anything, so I called again to ask what was going on.

The receptionist said they’d been having some trouble with their email, but that I could come in and collect the printed results anytime.

When I finally got the results, I could see that my testosterone levels had been fairly high several times over the last three years. None of my other test results were included in the printout I was given, only the testosterone levels, which were clearly largely out of range.

Still confused, I made an appointment to have my GP call me. I also decided to reach out to a trans-specific healthcare service in Brighton to get some advice.

Speaking to My Doctor

A couple of weeks later, my doctor called me to explain. She very honestly told me that she didn’t know what she was supposed to be doing with my test results, so she just hadn’t done anything. It sounded like these tests had been done just for the sake of it, with literally nobody ever having looked at the results at all in three years.

She said she would try to find out what the proper process should be and she’d call me back again in a few weeks.

Speaking to a Different Doctor

Before my second phone call with my doctor, a GP who knows a lot about transgender healthcare agreed to call me, even though I’m not a registered patient of his. He told me that we shouldn’t call this discrimination because that’s not helpful, but acknowledged that that’s obviously what it is.

He advised that I shouldn’t have my next shot at the typical three-month mark, and that I should wait a while to bring my levels down instead. He offered to contact my GP to explain what should have happened and what needs to happen, and also to ask her to prescribe me some Testogel. The plan with the gel was that I could use it in the weeks after I usually would have had my shot if I felt like I needed to.

This GP also suggested that actually swapping back to testosterone gel might be the best plan, as it would give me greater control over my own care.

Speaking to My Doctor Again

When my doctor made her second phone call to me, she said she’d spoken to the GP that I’d spoken to. She seemed very grateful for his advice and guidance, as well as still being apologetic to me.

She advised that I should miss my next shot and that I could come and get a prescription for the Testogel. She also seemed keen to receive further training and guidance from the other GP that I’d spoken to. Although I was really frustrated, it was hard to be annoyed with her as she did genuinely seem very sorry and misinformed about the whole thing.

I decided to miss my next shot as planned and picked up the Testogel just in case.

A couple of days after the phone call with my GP, I was on my way to spend two months in Thailand. I had been a bit stressed about trying to find a clinic to give me my regular Nebido injection after some difficult experiences with the Thai healthcare system before, so I was glad to not have to deal with this at least.

Having elevated testosterone levels for a prolonged period of time isn’t great for a number of reasons.

For me, the biggest concern is that excess testosterone can be converted into estrogen, which can naturally result in increased estrogen levels.

High T levels can also cause mood swings, cramps, heightened appetite, and potentially cause menstruation to return. On the more serious side, too much testosterone can cause damage to the heart muscle and to the liver.

General guidelines suggest that during hormone treatment for transmasculine people, testosterone levels should be increased to between 300–1000 ng/dl. This is also considered the standard range for cisgender men.

I’m currently coming up to the end of my 12-week cycle from the last Nebido shot that I had. My doctor warned me to expect a low mood, as well as low energy levels, so I’m a bit anxious about experiencing a dip soon.

I feel like if I was a cisgender person with a health condition and required regular blood tests for it, there’s absolutely no way these results would be neglected for several years. It’s hard not to feel let down again by a system that is often unable or unwilling to offer trans people adequate healthcare.

If you’re reading this and you’re on hormones, then please don’t simply trust that your doctor is on top of your care. We’re unfortunately still living in a time where, as trans people, we largely have to advocate for ourselves—and for each other—to get our basic health needs met.